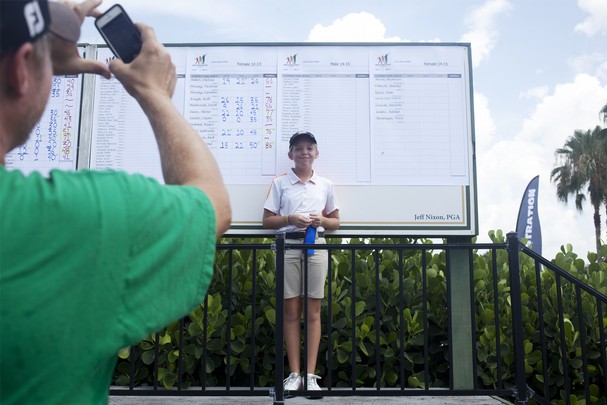 Girls and boys will compete against one another in three skill challenges: driving, chipping, and putting. Kids will be broken up based on the following age divisions: (7-9) (10-11) (12-13) (14-15). The Drive, Chip and Putt Championship is free for kids to compete in.

All 41 sections of The PGA of America will host qualifiers to determine who will participate in the 2015 Drive, Chip and Putt Championship. There are three levels of qualifiers: local, sub-regional and regional. The top 80 performers – 40 boys and 40 girls – will earn an invitation to the National Finals at Augusta National.

For more information about Drive, Chip and Putt visit www.drivechipandputt.com